I’ve reached 72, almost 73, and I’ve never had so much fun in WoW as I have with this Lich King expansion. In the last 3 weeks, I’ve ridden on a flying carpet; been ejected out of a tank after mowing down some undead; killed some dwarves and then sawed open their heads to collect their brains and donned a murloc suit, Here are some pics from recent adventures. For some reason wordpress won’t let me make a gallery, so I have to upload each pic one by one, so excuse the odd layout. 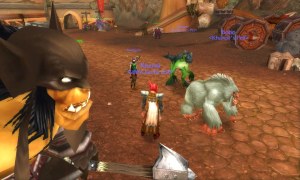 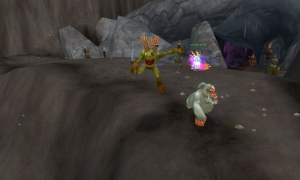